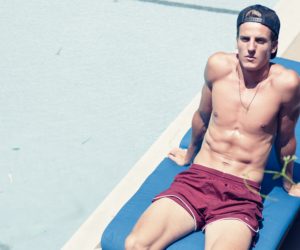 One of the key areas of dating tips for guys that is very important is to break through the “Touch Barrier” with women.

The “Touch Barrier” is simply the initial physical contact you have with a woman. Unfortunately, it’s something that most guys delay for far too long. The longer you wait to break the touch barrier, the less likely you are to get attraction started with a woman.

In fact, most guys end up going into the “Friends Zone” with women simply because they never touched her when they first met. It really is a critical success factor in any approach, and it cannot be overlooked.

Human beings respond to touch in very consistent ways, and women especially. Hormones are released when people touch each other – and the one hormone that matters the most is Oxytocin.

Oxytocin is often called the “hug drug” because it’s stimulated by physical touch with another person. (Even pets, too, which is why they have those programs where they bring in pets to retirement homes as a form of therapy.) Oxytocin evokes feelings of contentment, reductions in anxiety, and feelings of calmness and security around a mate. Or even a potential mate.

So it’s of the utmost importance that you get to physical touch within the first 2 minutes of meeting a woman. The easiest way is to touch her WHEN YOU APPROACH and open the conversation. It’s a good way to get her attention, and it immediately sets the right tone for the interaction. You want her to know – instinctively – that you are a confident MAN, and this is not a “neutral” conversation. It has sexual tension and charge to it.

Another way to touch is to joke with her about something like this: “You like Syrah wine? Great taste! High five…” And then give her a quick high five.

By the way – the worst thing to do is start out “friends first.” Any woman that tells you that she needs to be friends before lovers and this the way she wants to start a sexual relationship is unintentionally misleading you. What she’s really saying is that she wants to be able to TRUST you first.

Here are some simple dating tips for guys about breaking the Touch Barrier with a woman:
Dating Tips for Guys: Touch Tactic 1) Don’t make the touch too much.

Touch her on the shoulder or arm. Maybe on her back when you’re passing her in a crowded environment.

You don’t want her to feel like she’s being groped, so keep it very light. Also, steer clear of any parts of her body that would be sensitive to her, like her neck or hips. The safe zone is her arms and center of her back.
Dating Tips for Guys: Touch Tactic 2) Don’t draw attention to your touch.

You never want to look at your hand or where you’re touching her, or make too big of a deal of the touch. Just make sure you follow up with something to say to her so she can be distracted by what you’re saying to her.

If you don’t follow up the touch immediately with something to say, it just seems odd – and a little creepy.
Dating Tips for Guys: Touch Tactic 3) Don’t make your touch too long.

Again, this goes with the first dating tips for guys tactic number one. You want to be very brief and only touch her for a second or two at most. If you leave your hand on her for too long, she’ll be uncomfortable and want to pull away. And if you do that in the initial approach, you’re going to be in a really bad situation.

Touch can also be used in the first few minutes to emphasize a point or establish a connection when both of you laugh. This is particularly effective in social environments.

So just remember that women need to be touched quickly and confidently when you first meet them. This triggers instinctual responses in her that tell her that you are a sexual man, and that she should forget about the “friends zone” with you.

Tired of looking for love in all of the wrong places? Forget the clubs. Forget the bar scene. Forget having your friends set you up with...